It is with deep regret that we wish to advise that the EISSI awards planned for September this year will not proceed. The postponement to September 2021 was recommended by the EISSI committee and has since been ratified by both boards of ISNSW and ACS.

Clearly the Government imposed restrictions and uncertainty created by the COVID-19 response has made the continued planning for this event in 2020 untenable. There are evolving circumstances that we needed to consider in assessing the situation from a risk management perspective for both organisations and it became clear that it was best to postpone sooner rather than later to minimise the financial exposure to both ISNSW and ACS.

It is not a decision that we have taken lightly however the potential impact can be summarised as follows:

The Sofitel Wentworth has agreed to transfer our initial deposit that has been paid for this year’s event as a deposit for the 2021 EISSI awards. This will not see either ISNSW or ACS lose monies paid so far. 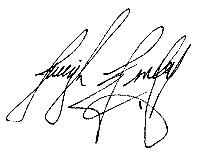 Be part of ACS NSW